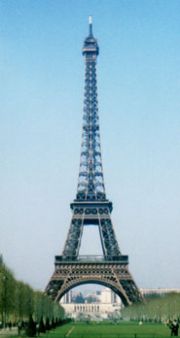 The French National Assembly passed the civil solidarity pact ("pacte civil de solidarité", or PaCS) by 315 votes to 249, in its last and definitive reading on Oct. 13, 1999. The Constitutional Council ruled it conformed with the Constitution Nov. 9. The law was signed Nov. 15 by President Chirac, Prime Minister Jospin and seven ministers (Social affairs, Justice, Interior, Foreign affairs, Economy, Housing, Public administration) and published the day after in the Journal Officiel. A "user manual" was released Nov. 10 by the minister of Justice in order to explain the content of the law, the registration process and to specify the documents which must be provided. According to instructions sent to the courts, the law is immediately effective, without waiting for the government decrees (still necessary to implement some provisions of the law). This means that couples may get registrated from Nov. 17th.

A ten year long process
In 1989, the "Cour de Cassation" (the highest civil law court in France) ruled that a homosexual couple cannot benefit the few advantages which are given to cohabiting heterosexual couples, especially the transfer of a tenant's lease. The first registered partnership law proposal followed in 1990. Two years later, the "Contrat d'Union Civile" (CUC) was the aim of a new law proposal signed by eight deputies; rewritten and named "Contrat d'Union Sociale" (CUS), it was broadly supported by the gay and lesbian and AIDS-related organizations. The CUS was the main thema of Paris lesbian and gay pride March in 1996, and one of the demands of next year's Europride in Paris, the largest political demonstration of that year in France (300,000 participants).

It was only in June 1997 that a ruling coalition had this project in its electoral agenda, and three law proposals were registered soon after the 1997 elections. In January 1998, Catherine Tasca, president of the law committee of National Assembly asked MPs Jean-Pierre Michel (MdC) and Patrick Bloche (PS) to write a synthesis of previous proposals. In April, a petition against gay marriage, signed by 15,000 mayors, was published ; it was impressive enough to incite the government to keep the registration of the future contract away from town halls, while it was the place proposed until then. Dissenting voices from the homosexual movements were also heard : Aides Federation (the main AIDS organisation in France, whose president was Arnaud Marty-Lavauzelle), and a few local but highly visible groups demanded the opening of marriage to homosexual couples, and branded as discriminatory the ongoing parliamentary project. Other projects were brought to public attention, by sociologist Irène Théry (a cohabitation statute) and by jurist Jean Hauser ("Pacte d'Intérêt Commun"), leading to strong debates in the medias.

In May 1998, the first draft of the PaCS, written by Michel and Bloche was published. In June, Justice Minister Elisabeth Guigou gave the government's agreement to this draft, against Thery's and Hauser's projects. Two days later, Paris Lesbian and Gay Pride march gathered 100 000 people under the slogan "Nous nous aimons, nous voulons le PaCS". The same day, President Jacques Chirac (not in charge of the government, because of a contrary majority in the Assembly) said he opposed any imitation of the marriage. After the appointment of Michel and Bloche as "rapporteurs" and the extensive hearings they organised, the law proposal came into discussion October 9, 1998 and was rejected because of a strong mobilisation of the opposition, and the defection of the majority. A new law proposal had then to be prepared.

The Assembly passed this new law proposal 316-249 on December 9, in first reading. On January 31, a demonstration gathered nearly 100,000 people against the PaCS ; some strongly homophobic slogans were heard, such as "les pédés au bûcher". The law proposal was then rejected by the (conservative) Senate by a vote of 192 to 117 on March 18. However, the Senators adopted an alternate proposal that includes in the civil code a definition of cohabiting couples, but declined an amendment, sponsored by the Left, specifying that the two people making a couple may be of any gender. In second reading, the Deputies ignored the Senate proposal, restoring the Assembly proposal, but they added a definition of cohabitation with the any gender mention on April 7. This text was then rejected by the Senate on May 11 (with no reading), adopted by the Assembly on June 15 and rejected again by the Senate on June 30. Only the last (and fourth) reading by the Assembly can overwrite the Senate rejection. It occurred on October 12 and 13, and the law was adopted by 315-249.

Contents of the law
The civil solidarity pact is a contract binding two adults of different sexes or of the same sex, in order to organise their common life ; contractants may not be bound by another pact, by marriage, sibling or lineage. Adults under custody cannot contract.

The contractants have to register a common declaration by the local court where they set their common residence, if in France and by the consular authorities, if abroad.

Partners commit to mutual and material help; modalities of this help are specified by the common declaration. They are jointly responsible for debts due to ordinary expenses for the household.

Partners are eligible for joint taxation benefits after three years (which is interesting only in case the incomes are not equal). But special allocations for people having low income are suspended or reduced as soon as the pact is signed. Also, the tax on large assets is due from the first year on. Donations, but only after two years, and inheritance from a partner to the other benefit a tax abatement. Life insurance capital can be paid to the surviving partner.

The tenant's lease can be transferred to the partner if the other partner leaves their common home or dies.

French nationality is not required to sign a pact ; the signature of a pact must be considered by the administration when a foreigner asks for immigration rights, but the pact does not give these rights by itself.

Public servants (from national or local administrations) may ask another position from their employer in order to get closer to the other partner.

Cohabitation is also defined in this law as a de facto stable and continuous relationship between two persons of different sexes or of the same sex living together as a couple.

Moreover, the pact does not countain any clause regarding lineage, adoption or custody.

Moreover, the registration by a court, the delays to get taxation benefits, especially when combined with the immediate reduction of low income allocations, and the non-automaticity of immigration rights are strongly criticised by the supporters of the law.

However, the law is in itself an equality law, because it does not contain any discrimination against homosexual couples, for instance there is no denying of adoption or insemination as in some other partnership laws. Such discriminations do exist in other parts of the legislation (for marriage, adoption, etc), but not in the PaCS. Only married couples or singles may adopt; therefore, heterosexual as well as homosexual partners in a pact will not be eligible for joint adoption, but one of the partners (a single because not married) will be eligible for single-parent adoption. Artificial insemination with donor is available only on medical prescription to heterosexual couples cohabiting since two years; having signed a pact will not change the availabily conditions.

For the first time, a law recognises the very existence of non-married couples and states the equivalent value of homosexual and heterosexual couples. Moreover, it recognises the plurality of life styles : marriage is now only an option and no longer the norm. This is both why the pact has been welcomed by the society, definitely less attracted to marriage, and fought by the conservative and religious movements.

The PaCS, once read as stating an equality principle in the Law, sheds a new light on other parts of the Law and on practices which may now appear as quite discriminatory. This side effect of the new law has already been understood by its opponents, who even think that, maybe with the help of European Law, adoption and marriage will sooner or later follow from the PaCS. As the government is preparing another law concerning family and bioethic issues, which will be discussed within the next year, the road is open for new advances.

Comments on the process
Seven readings in the Parliament, 120 discussion hours, thousands of amendments made of this law proposal one of the most debated of the last years. Although it was expected to be a non-partisan law, with support from the progressive right to the left (as it was the case for the abolition of the death penalty, or the laws on contraception and abortion), the right chose to strongly oppose the law, even if some leaders of the right were privately in favour of the pact. Never since 1982 (for the equalisation of ages of consent) homosexuality has been said to such extend in the Parliament. Only two MPs from the right voted for the law, one of them being long-standing supporter Roselyne Bachelot-Narquin.

This was also an open field for homophobia : both in speeches, in street demonstrations, and in the media. Some MPs did not hesitate to speak of registrating the pact at a veterinary service or to ask for the sterilisation of homosexual couples. MP Christine Boutin, the standard-bearer of the religious right and the leader of the January demonstration (where demonstrators shouted that fags should be burned), displayed a bible in the Assembly and uttered despising words in the guise of compassion. Most people were revulsed by such behaviours; the leaders of the opposition, still very low-voiced, understood that they have made a mistake. As a result, the very concept of homophobia is now well-known from the medias and the politicians, and almost unanimously rejected. A law banning homophobic speeches will probably be planned. A stronger and more conscious acceptation of homosexuality has been obtained through one year of public debate.

The process is in itself a proof of the entry of lesbians and gays into the political age. The concept of the pact was designed by homosexuals, it has gained the support from a large number of non-governmental organisations (trade unions, human right associations, student associations, women organisations, family planning, and many more), and it will eventually benefit all. Such a wide support is partly due to the efforts of an association, the "Collectif pour le PaCS", and of its president, Jan-Paul Pouliquen, to meet every possible social leader in France. It turned out that the "civil society" definitely won against experts (sociologists, jurists, psychoanalysts, anthropologists) which were called on by the opponents of the pact and were deliberately ignored by the law-makers. The result is that gays and lesbians have now secured their own place in the civil and social dialogue in the French society.
R. Lalement
Data publikacji w portalu: 2005-09-17
http://www.france.qrd.org/texts/partnership/fr/explanation.html
Podoba Ci się artykuł? Możesz go skomentować, ocenić lub umieścić link na swoich stronach:
Podziel się: